Karumai Town, Iwate Prefecture, is known for its harsh weather environment. In winter, frigid days with temperatures plummeting below minus 15 degrees frequently occur, and in summer a cold wind called “Yamase” blows in from the ocean. But it is exactly this kind of environment that provides perfect conditions for growing quality millet, buckwheat, wheat and other grains. The town was once Japan’s top producer of millet and charcoal, and there used to be more than 10 noodles factories here.

However, with the arrival of the epoch of mass production and mass consumption, the factories closed one after another, losing out to giant noodle makers that used cheaper imported ingredients.

Even today, we at Furudate Noodles Factory, which was established in 1909, are committed to using locally grown grain and stringently observing the natural drying method, while striving to revive the regional industry in a joint effort with local farmers. 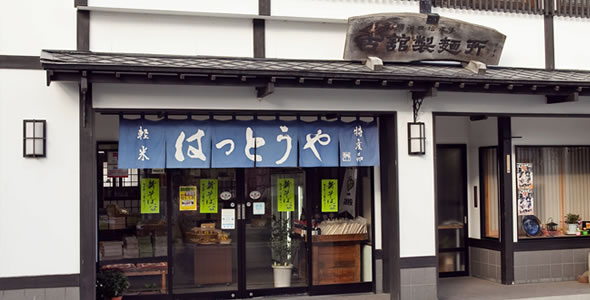